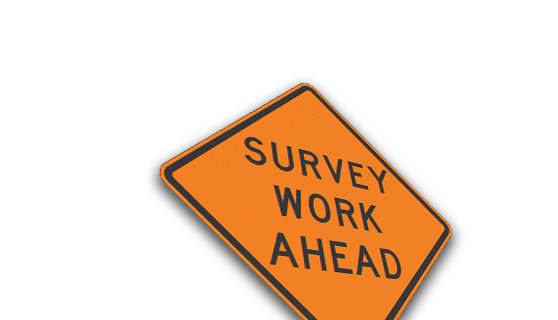 When an auto customer buys or leases a vehicle at a car dealership, it’s common for the salesperson to ask the customer to give them the highest possible marks in the customer satisfaction survey that’s soon to follow. While I’ve been pressured by dealer salespeople to do this on more than one occasion (and even within the past several weeks), I’ve come to discover that these aren’t simply the actions of an overzealous salesperson that is out to pad his or her annual bonus. Customer satisfaction scores are also used by car manufacturers to reward dealerships with financial incentives and for automakers to flaunt their results over rivals. No matter how you slice it, it’s a flawed process that ultimately dissatisfies customers and can change an otherwise good customer experience into a bad one.

My own recent experiences typify what’s wrong with the process. A few weeks ago, as my car lease was nearing expiration, I began researching options for a new lease with the dealer I’d used along with a few dealers for other automakers. Unsatisfied with offers I’d received from other dealers, I set up a meeting with the existing dealer. When I arrived at the dealership, I met with a salesman I’d worked with before. I explained the features I was most interested in and “Joe” showed me a few cars on the lot. Before taking a test drive, Joe gave me a one-minute rundown on the car (a slightly different version of the model I was returning). After selecting a vehicle and agreeing to terms on a new lease, I made plans to pick up the new car a few days later.

Here’s where the customer experience began to head south. Joe rushed through the closing and said he didn’t need to go over the features of the new vehicle since he’d already done so a few days prior. Since the gas tank was nearly full, Joe offered me a voucher to use at a local gas station instead of filling the car himself. His logic was that I could drive the car for a few days and get some free gas out of the deal. However, I live 20 miles from the gas station, so it’s not like it’s convenient. I never did use the voucher.

During the closing, Joe implored me to give him the highest possible customer satisfaction scores. “Anything below a ’10’ (on a scale of 1 to 10) isn’t good enough,” since a lower score could impact his annual bonus, he explained. A few days later, I received an email from the automaker asking me to fill out the customer satisfaction survey. After giving it careful consideration, I filled it out. In most sections, I rated my satisfaction with the salesman a ‘7’. There were gaps in my customer experience, so I thought the scores were fair. Although I was informed that my survey response would be anonymous, I soon discovered it was anything but. Within hours of submitting the survey, I received a frantic call from Joe who claimed that he needed to check on the status of a refund check that had been promised to me for the vehicle I’d turned in. When I called him back, we discussed the check briefly before Joe asked me whether I’d filled out a customer satisfaction survey that day. Apparently, the dealership received the survey response I’d submitted from corporate and Joe was upset that I’d “crucified him” with the scores I’d given him. This seemed overdramatic to me, but given that Joe’s bonus and even future employment can be shaped by such scores, I can understand his concerns on some level. Nevertheless, the situation made me extremely uncomfortable as a customer. I’ve purchased or leased cars from this dealership in the past. Overall, I’ve had good experiences and have been satisfied with the vehicles. But this latest incident was downright unsettling. And the thing about it is, I’m not sure if I can honestly expect a better experience from another carmaker or dealer in the future since this appears to be an industry-wide problem. As automotive companies strive to become more customer centric, the customer satisfaction survey process needs to change so that automotive customers like me aren’t pressured by salespeople to give obsequious responses and salespeople and dealerships aren’t penalized when they receive less-than-exceptional scores.

Is a CX reckoning coming? 3 signs that point to ‘yes’

Digital engagement and employee experience are brands’ top priorities for 2023

Is a CX reckoning coming? 3 signs that point to ‘yes’

Digital engagement and employee experience are brands’ top priorities for 2023

These 4 CX and EX trends should set your 2023 priorities

Customers are your ‘ace in the hole’ during uncertain times