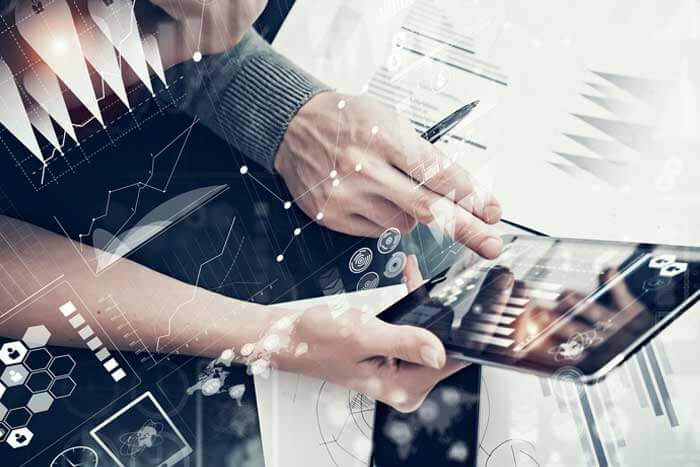 Altimeter Group defines native advertising (see also: sponsored or branded content) as a form of converged media that combines paid and owned media into a form of commercial messaging that is fully integrated into, and often unique to, a specific delivery platform. Simply stated, this practice allows publishers and advertisers to establish interdependent relationships that enable both parties to boost the bottom line and advance audience engagement.

But, as behaviors change, media brands must establish one solid definition on which to build an enduring foundation. “As the digital ad industry continually evolves, sometimes the definition of native is changed or altered from moment to moment,” says Mark Yackanich, CEO of Genesis Media. “It can be in-feed, sponsored content with multiple distribution strategies, non-traditional ad forms, and more, all under this one umbrella term. As we refine what constitutes native advertising and add more ad formats to the mix, it’s important for everyone to be on the same page so that we can have quality conversations about the best ways to approach each.”

Thus, as native advertising becomes more common throughout the media industry, publishers and brands must understand the best practices behind successful content creation and strategic execution. Here, we outline the five biggest mistakes made within the space and how collaborators can realign their approaches to avoid such missteps moving forward:

DON’T: Become consumed by this new flow of income.

“If content isn’t properly vetted, and publications are simply blinded by the money, the advertisements will hurt the brand’s credibility in the eyes of the consumer,” explains Austin Paley, corporate marketing communications manager for Blue Fountain Media. “If the outlet is approving anything just because they want the money, it’s compromising the integrity of the publication, which in turn, hurts the quality and quantity of their readership. Not only will the publication lose its brand loyalty-it will eventually lose the sponsors, as well.” Thus, publishers must blend native advertising with editorial content in ways that add value both figuratively and financially.

DO: Put quality content creation ahead of bottom-line results.

Andrew Graham, co-founder of Clear, explains, “The objective of native content is to own the area where what’s newsworthy overlaps with what advances the sponsor’s business interest. In recent decades, the ad business has focused on persuasion, and journalism has always been about publishing the truth as it presents itself. For native ads to work in news outlets, it has to resemble real news. So one definitive element has to be articulating traditional news values in a way that conveniently benefits the sponsor in some tangible way.”

However, Paley notes that many traditional journalists see native advertising as selling out because the publication is displaying an advertisement that appears to be editorial content in exchange for money. But, because most media brands have editorial control over what runs and what doesn’t, they can ensure everything is done as authentically as possible. For instance, 90 percent of all online news audiences cite relevancy as the top factor in sparking interest with regard to in-feed sponsored content. Consumers want to engage with content that educates no matter the underlying motives. Thus, publishers and advertisers must collaborate to develop content creation methods that allow the publication to retain its tone and integrity, while also supporting the advertiser’s goals.

Publishers often sabotage native advertising strategies by failing to label content as such, as 81 percent of readers believe brand familiarity and trust are crucial for sponsored content success. Audiences are more receptive to such advertisements that appear in publications they already trust.

“Failing to clearly label native content can result in disappointment, frustration, and lack of trust from the audience,” explains Mike Kisseberth, chief revenue officer for Purch. “Media companies often treat native content as second class to editorial, but since it should be labeled clearly, it needs to exceed expectations and value. Native content should be held to the highest bar on quality.” Consequently, the more skeptical readers become with regard to the content they consume, the more likely publishers risk compromising or losing audience trust.

DO: Set forth specific guidelines for sponsored content creation.

Substandard content can trigger loss of readership, thereby significantly hurting the brand and publisher. Joe Pulizzi, founder of the Content Marketing Institute, recommends that publishers implement rigorous review processes to guarantee content aligns with editorial quality throughout the publication. Publishers should establish creative guidelines or adopt the suggested steps below:

DON’T: Focus on selling the given product or service.

Sponsored content customarily goes beyond classic advertising methods to generate added value that ties back to both the overarching mission of both the brand and the publication. Therefore, content that fails to meet such standards typically falls flat, as this content appears self-serving in the eyes of the audience. Marco Hansell, CEO of Speakr, emphasizes that brands can’t just sell because, if the audience doesn’t gain anything from reading this sponsored content, all energies to educate consumers will have gone to waste. Sponsors, henceforth, should focus on creating content that provides information and facilitates dialogue, for audiences are no longer as receptive to one-way selling propositions.

DO: Provide added value that drives loyalty and brand advocacy.

Beyond all else, sponsored content must be relevant, transparent, trustworthy, and valuable. Only then will paid media transcend old and new ways of advertising. Paley highlights that publishers must consider their target audience when accepting native advertisements. Publishers have every right to refuse offers that fail to meet their criteria. Ideally, publishers will only accept content from brands that share the same core values as their audience. Publishers should also limit the amount of native content that appears each week or month to avoid alienating audiences, for consumers want to know they can depend on the given publication for genuine value, not just paid promotions.

DON’T: Create content that fails to resonate with the given audience.

When native content doesn’t align with the publication’s usual voice, readers defect, for they lose trust in the publication and lack interest in the content. For instance, The Atlantic‘s infamous sponsored ad for the Church of Scientology (which has since been pulled from the site itself) stands as the prime example of misaligned content, as this native advertisement failed to match up with the publication’s usual editorial. Paley adds, “The controversial topic was praised in an article that wasn’t parallel whatsoever with the typical guidelines and subject matter that the team produces on a regular basis.”

The Economist also missed its target audience by teaming up with BuzzFeed in an unlikely partnership to share top stories from the year in question. While BuzzFeed typically caters to more playful topics, this list abandons The Economist‘s more serious approach to news in an attempt to disseminate information in an unexpected, yet awkward fashion that fails to resonate.

DO: Align native advertisements with the publication’s voice and overall promise.

Sponsored content that does align, on the other hand, allows the sponsor to spread brand awareness and provide valuable content that educates and enlightens. Netflix recently ran an ad in The New York Times, for example, that promoted “Orange is the New Black.” However, this content went beyond promotional by offering fresh information on women in the prison system and even included video interviews thereby remaining true to the publication and boosting awareness simultaneously.

Starbucks also partnered with The Onion to promote its Doubleshot Espresso by publishing an article that captured the comical essence of the site perfectly. This native ad maintains the satirical vibe The Onion is famous for, while also spreading the word about the brand’s newest product.

Both examples demonstrate an integral understanding of the publication and how, through content, both can establish symbiotic relationships that foster collaboration and growth.

Rebecca Lieb, vice president, content marketing at Teradata Applications, notes that, native advertising is one tactic that may not be right for every brand or publisher. Sponsors, in particular, must assess whether or not their values align with that of the publication, as well as determine which channels would be best when attracting their desired audience. Native advertising only succeeds when consumers embrace the content, as paid media operates under an “opt-in” mentality. Audiences must obtain value that they could not gain elsewhere. Therefore, instead of producing sponsored content with the intention of increasing brand engagement and awareness, advertisers must first verify the KPIs that will drive desired actions so they may achieve their end goals.

Ultimately, as consumer behaviors change, sponsors and publishers will have to alter their strategies in order to sustain relevancy and engagement. “Advertisers will be forced to find better ways to integrate their advertising into the natural workflow of a consumer,” Hansell emphasizes. “This does not mean just shoving a display ad in the same real estate as a consumer’s normal content. This means actually adjusting their advertisement strategy to include well thought out native advertising plans that seek not just to advertise, but also add value to the consumers they are reaching.” Sponsors will need to monitor audience preferences and behaviors in order to provide content that continuously educates and delights.

Digital strategy vs. digital transformation: 3 ways to make both work for your brand

5 keys to putting a Total Experience into action