The Pros and Cons of Mobile Customer Feedback 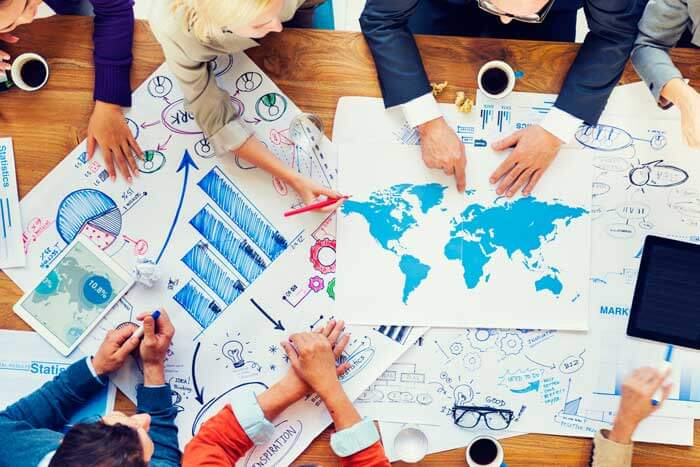 Gathering customer feedback can be a laborious process. Gain participating for such input as satisfaction surveys is difficult enough. Persuading customers to fill out a comment card or go online after eating a meal or returning an item is can be even more challenging because of the time lag between the event and the survey. Some companies are moving to the mobile channel to gain more real-time insight while delivering a better customer experience to those customers who provide feedback. There are many positives and negatives to such an approach.

“There is no bigger opportunity to efficiently capture customer feelings about a company’s products or services at the point of experience,” says Noel Chandler, CEO of Mosio. “Ninety-eight percent of mobile phones are SMS enabled out of the box with 94 percent of all mobile users having SMS as part of their mobile plans. Nine out of 10 people walking down the street don’t have a pen in their pocket to fill out a comment card, but everyone has their phone with them.”

Boston Pizza is one company tapping into the potential that represents.

The eatery is one of Canada’s largest casual dining franchises, with 340 restaurants. Last year it began testing the mobile waters with text messaging at 30 of its restaurants. The goal was engagement, and it is the first step in its mobile customer feedback strategy, says Paul Pascal, regional vice president of operations for Ontario and Atlantic Canada.

“Mobile tools are a great way to engage our guests,” he says. “They can provide instant feedback. The objective is to find more ways to get feedback from customers. People are getting inundated with email trash, so we wanted to leverage mobile as a way to interact with them in a fun way.”

Working with Empathica, Boston Pizza created tent cards for its tables with a silly yet engaging question for customers: “Should pizza eating be an Olympic sport?” This was during the height of Olympic fever in Canada last winter. Customers texted back yes or no to a short code while waiting for food or during a lull in their meal conversations. Customers then received a text with a link to Boston Pizza’s standard restaurant experience survey. Customers could either connect to the survey using their smartphones or go online. “If they chose to, they could interact right away,” Pascal says.

The experiment was Boston Pizza’s first foray into mobile customer engagement. The survey was not optimized specifically for mobile, and the link was the same one given to customers in other feedback channels like email and POS receipts. “Our first priority was to interact with the guest,” Pascal says. “Mobile tools are the best way to interact because it keeps customers engaged with the brand and helps us stay connected to guests.” He says that response rates were 30 percent higher than that of other feedback mechanisms. “Any way we can gather feedback is critically important.” He adds that many of the customers who interacted via mobile opted in to take future surveys and participate in additional programs.

Pascal points to the instant feedback as the platform’s biggest advantage. “The beauty of mobile is that we can quickly change the questions based on feedback.”

Others agree. “Mobile is the most important interaction channel,” says Jeff Judge, CEO of Signal. “Your phone is the device you’re going to take action on immediately. The inclination is to provide feedback right away.”

For all its success, Pascal admits there are downsides to using SMS messaging to collect customer feedback. The messaging costs involved are placed on the customer, who may or may not have an unlimited text plan. The company doesn’t want to put up a communication barrier because of text charges, he says. In addition, the process of getting shortcodes and setting up automated messaging systems is a bit cumbersome and can be costly. And Boston Pizza must balance the convenience of instant text message feedback with the device limitations, such as a small screen and 160-character messages.

These negatives are not unique to Boston Pizza. Many agree that SMS customer feedback efforts are important, but the challenge is in the execution.

Pieter de Villiers, CEO of Clickatell, says that these limitations can hinder almost any mobile customer service activity. “One hundred sixty characters can often be too few for customers to provide full details of a service request, so these programs are often more effective when the expectation is not that the customer will initiate the request over the mobile channel,” he says. He suggests using the mobile channel to update customers on the status of customer service tickets or other follow-up information.

Signal’s Judge adds that there are challenges in making customers aware of mobile feedback channels, which often require coordination with marketing resources. One of its clients, a $44 billion Chicagoland retailer, created signage throughout its stores and at the registers to build awareness of its mobile program. Customers can text at the point of sale to have coupons delivered to their mobile phone, text the store manager with comments, or ask for help locating a specific item.

Despite the challenges, mobile is not going away as a customer interaction channel. It is definitely on corporate radars. “It’s the hot-button issue of the moment, says Rick Blair, CIO of OpinionLab. “Using our clients as a gauge, I’d estimate that, while not everyone is currently collecting customer feedback through their mobile apps, at least 90 percent are actively developing a listening program to better engage and support mobile users.”

Because companies are only starting to develop mobile feedback programs, some are choosing to leapfrog over text messaging and go to the smartphone app market instead. After all, smartphone adoption is growing rapidly. Nielsen reports that smartphone penetration in the U.S. is at least 28 percent and rising, accounting for 41 percent of new phone purchases in Q3 2010. Internet-enabled feedback applications allow for the convenience and direct interaction of mobile along with the robust opportunities of the Web platform. Boston Pizza, for example, plans to roll out iPhone and Blackberry apps in early 2011 that incorporate a mobile-optimized customer survey. It will have fewer questions and fit on a smaller screen.

Convergence is on the horizon

The future will likely see more integration of mobile tools, says Mosio’s Chandler. “All in one convergence between SMS, telephony, the mobile Web, and even mobile chat will give the customer the ultimate control on how they want to communicate,” he says. “In the near future we’ll also start to see more companies using SMS and the mobile Web so customers with smart phones can take mobile-browser-friendly surveys. And while it’s probably not relevant for all companies, GPS and location-based integration will allow companies to find out exactly where a customer is when they’re providing that feedback-permission-based, of course.”

Regardless of how mobile feedback programs are used, the goal should always be to learn from customers and build long-term relationships. Gary Edwards, Ph.D., Empathica’s executive vice president of client services, says advances in technology will bring customers and companies closer. “Mobile feedback systems will be more like a conversation,” he says. “There’s an opportunity for dialog and loyalty.”

Previous articleWhite Glove Service Is the Hot New Retention Strategy
Next articleHow Long Is Too Long to Wait for Customer Service?

Here’s why this Entrepreneur is Excited about CX

How’s My CX? Brands Get Rated on Their Pandemic Responses in 2021 Forrester CX Index