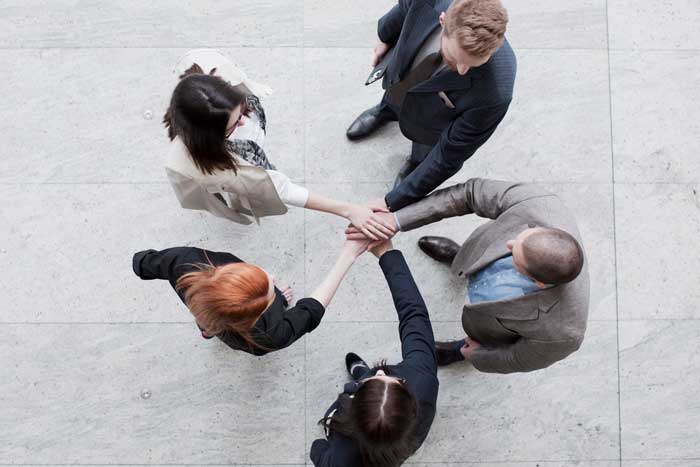 Despite efforts to minimize the pay gap, wage inequality still runs rampant throughout our otherwise progressive ecosystem. Protesters and equal rights advocates continue to shine light on these glaring discrepancies, yet society repeatedly neglects to implement change. Thus, frontline employees suffer from minimum wage inefficiencies, as many must work multiple jobs to earn a living wage, while women regularly fail to earn equal pay for equal work as compared to their male counterparts. Yet, while lawmakers and employers hold the power to revolutionize the employee experience, few have taken major steps to even the playing field.

Here, we speak with Sarah Jane Glynn, director, women’s economic policy at the Center for American Progress, to examine the current state of income inequality, how such disparities impact today’s work environment, and what companies must do to curtail and remedy these societal blunders:

1to1 Media: Why can’t society seem to overcome the wage gap no matter how much media attention the issue receives?

Sarah Jane Glynn: Part of the problem is that there isn’t much consensus on what the problem really is, let alone how to solve it. The wage gap is a complex issue that is caused by a variety of factors, so addressing it requires a variety of solutions. It’s important to understand what causes the wage gap if we are going to overcome it. The most commonly cited statistic-that women earn 78 cents to the man’s dollar-is calculated by comparing the average earnings of all women who work full-time, year-round to the average earnings of all men who work full-time, year-round. This statistic doesn’t control for the fact that men and women, on average, tend to work in different jobs, put in different hours, have different types of education, and different care giving responsibilities outside the home.

1to1: Describe the typical pay gap between minimum wage workers and executives. Why do executives allow their frontline employees to struggle when they represent the face of their company?

SJG: The average Fortune 500 CEO makes more than 800 times what a full-time minimum wage worker could expect to earn in a year. To be fair, those are very different types of jobs and I don’t know of anyone who is arguing that the two should be equally compensated. But there is absolutely no reason why one of the wealthiest nations in the world should have full-time workers living below the poverty line.

1to1: Describe the typical pay gap between female employees and their male counterparts. Why do most companies still adhere to the arcane concept of paying women less than men?

SJG: Deliberately paying women less than men for the same work is illegal, and has been since President Kennedy signed the Equal Pay Act into law in 1963. If you ask employers-even those with a wage gap-if they pay their employees equally, I am certain they would all say that they do. While overt discrimination does exist, more subtle, but still pernicious, biases and structural factors influence the pay that men and women earn. For example, consider the fact that men and women tend to have different job histories and years of experience, largely because women are more likely to have extended spells out of the labor force after having a baby or when they need to provide care to a family member. On the one hand, this can be considered a personal choice and it can be logical for an employer to pay a higher salary to someone with more experience. On the other, the United States is the only advanced economy that does not guarantee mothers the right to paid maternity leave, which has been proven to result in longer periods of time out of work compared to women who do have access to paid leave. So is that purely a personal choice or not? We also know that men are more likely than women to negotiate their starting salaries with a new employer, so some people have suggested that women simply need to learn stronger negotiating skills. But there are many, many studies showing that when women do negotiate they are perceived very differently than men and are less likely to be successful. Unfortunately, there is no one easy answer to closing the wage gap.

1to1: Why do so many companies fail to recognize the importance of a living wage? What prevents them from implementing this emerging standard?

SJG: Unfortunately, many businesses don’t track the ways that paying low-wages actually hurts them economically. All they see is lower payrolls and think they are saving money, but in the long run businesses with high levels of turnover due to very low-wages and lack of benefits that can help support workers maintaining employment are spending a lot on the high costs of turnover. Luckily, colleagues of mine at the Center for Economic and Policy Research and the Center for Law and Social Policy have created an online calculator where businesses can figure out for themselves how much more money they could be saving by creating better jobs and retaining their employees.

A number of companies have shown that paying good wages and offering common sense benefits, like access to paid leave, makes economic sense. Costco, for example, pays higher wages and offers far better benefits than its competitors and has famously low turnover amongst its team members. IKEA was also just in the news this week because their previous wage increases worked so well in reducing turnover and attracting more qualified job seekers that they are raising wages again.

1to1: Why are companies so hesitant to render equal pay for equal work? Are there any companies that defy the norm by paying men and women equally?

SJG: There are a number of companies that are committed to pay equity. Gap Inc., for example, recently ran an internal study of its nearly 130,000 employees in order to ensure that there was no wage inequality. An outside independent investigator also confirmed Gap’s pay equity.

1to1: What does the pay gap between executives and employees, as well as men and women, mean for the future of work? How does race and sexual orientation also impact the wage gap?

SJG: The wage gap is even larger for women of color than it is for white women. For example, African American women only earn, on average, 64 percent of what non-Hispanic white men earn. For Latinas, that figure is only 54 percent. Gays, lesbians, and bisexuals all earn less than straight men. Transgender women experience significant pay penalties after transitioning, and transgender people are disproportionately likely to live below the poverty line.

1to1: What steps must companies take if they hope to counterbalance this issue’s social and economic repercussions? What measures and strategies are essential for maintaining employee satisfaction and reducing overall churn?

SJG: Combating gender and caregiver pay discrimination is a real and important challenge facing our country, which is why laws such as the Equal Pay Act of 1963 and the Lily Ledbetter Fair Pay Act of 2009 are so important. But according to some analyses, all the structural and social factors that drive the decisions women make about where and how long they work influences more than half of the wage gap. These factors constrain the choices that lead them to work and earn less.

The good news is that some of these issues can be addressed through public policy. Ensuring that workers have access to paid sick days would mean that they would no longer have to worry about taking a financial hit or losing their jobs if they or their children were to fall ill. A federal paid family and medical leave program that would provide wage replacement when a worker needed time off after the birth of a new child, to provide care to a seriously ill family member, or to recover from a their own serious illness, building on the job protection offered by the Family and Medical Leave Act of 1993, would help people maintain their ties to the workforce and increase current and future earnings. Combating discrimination is important and requires ongoing work, but it is not the only driver of the wage gap and can’t be the only solution.

0
The contact center industry has always needed to look forward. It’s a business so ingrained in the trends and innovations of every...
Read more
Customer Engagement

0
Contact tracing is a critical component to containing and flattening the curve of COVID-19. Tracking those who are infected and who may...
Read more
Customer Service Strategies and Best Practices

0
A forward-thinking strategy is the best solution for overcoming uncertainty. For CX-leaders in the contact center space to overcome the fallout from...
Read more

How Well Do Brands Use Mobile Messaging and Live Chat?

0
When customers reach out to a brand with sales or customer service questions, they increasingly do it from their mobile devices. Whether...
Read more

0
The contact center industry has always needed to look forward. It’s a business so ingrained in the trends and innovations of every...
Read more

0
Rich Text Editor, edit-field-body-und-0-value, Press ALT 0 for help Countless mentions of “digital transformation” gets us no closer to...
Read more

0
Contact tracing is a critical component to containing and flattening the curve of COVID-19. Tracking those who are infected and who may...
Read more

0
Cybercriminals, hackers, and fraudsters are, if nothing else, adaptive. In a new study, the 2020 Verizon Data Breach Investigations Report, researchers identified...
Read more